Skip to content
Home » Need something to watch? Check out Toradora! 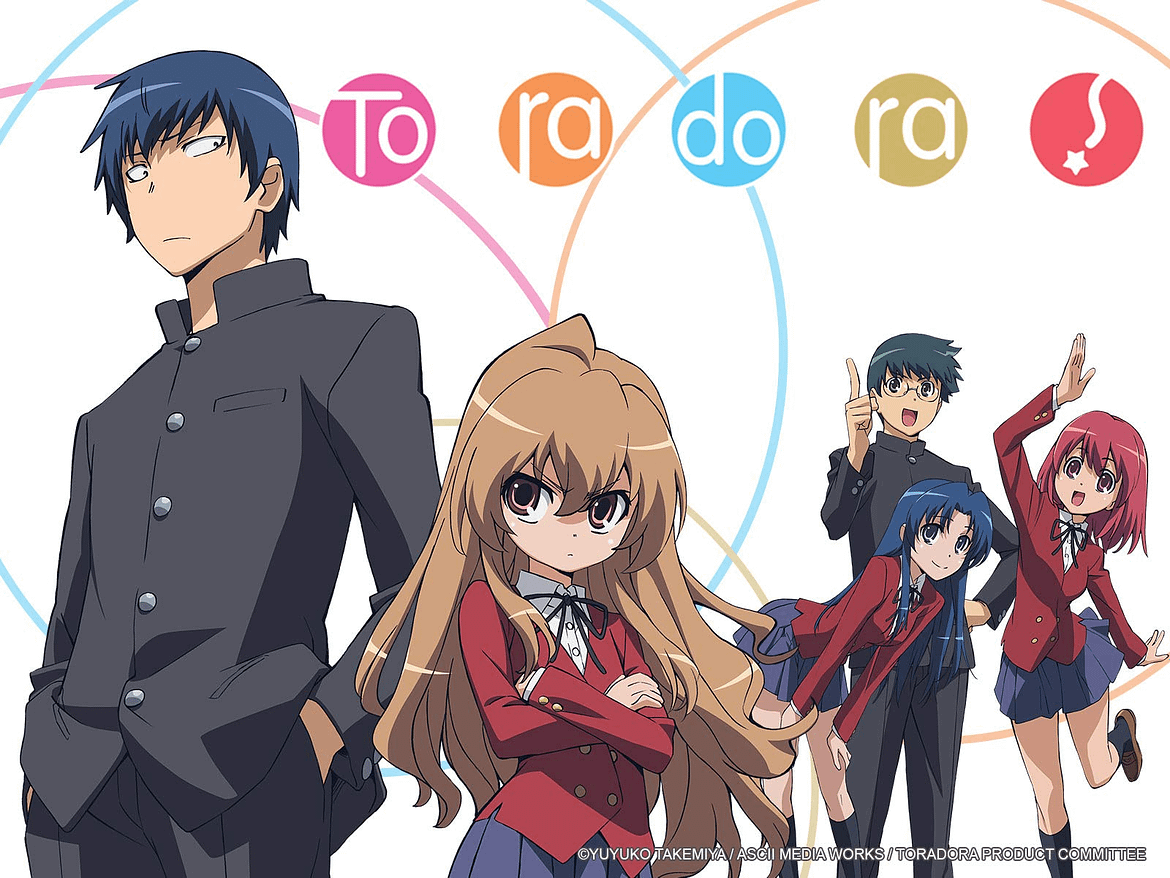 Ah, Toradora. What a nice anime. This show is one of your run of the mill, slice of life anime shows that focuses on high school students are their daily adventures. Except, the anime does something a little bit different. Right away, we can tell that the two protagonists are going to end up falling for each other, that’s just your typical romantic comedy plot line, but the way that happens is what makes this show interesting.

Our main character is Ryuuji Takasu. He’s really a gentle person that enjoys doing housework such as cleaning and cooking; in fact, whenever he sees a dirty room, he can’t help but clean it up. His looks are a sharp opposite of his personality; he looks like a delinquent. Those that don’t know him take one look at him and run away in fear of being pummeled, which is quite sad when you think about it. The other main character is just the opposite; Taiga is a small girl that looks cute, but is not afraid to speak her mind which includes throwing some fists. I guess it’s true what they say, opposites attract.

Upon their first meeting, and after a few run ins, they both figure out that they are crushing on the others best friend. Forming an alliance, they both agree to do whatever they can to help the other, and thus a mutual friendship is born. The funny thing about this situation is that we find out later that the Takasu best friend already likes Taiga, and Taiga’s best friend likes Takasu. So, in a sense, all it would take is for someone to speak up in the very beginning, but then we wouldn’t have a story, would we?

As the story progresses, each character tries their best to help the other and put them in situation fact that gets pointed out by classmates later in the show.s where they can gain some points. This proves difficult as neither Takasu or Taiga are good at talking to their crushes. To add upon that, they never really realize that they are slowly getting closer to one another. In fact, they are almost always together, a

As stated above, it’s a romantic comedy, so we already know how it ends and who ends up with who, right? Yeah, there is no twist there. Taiga and Takasu do end up getting together at the end, in a quite bizarre way. First of all, they both are really crappy about telling each other how they feel, and second, they go about it in a terrible way. Their plan, due to some family issues with Taiga and such, is to run away and get married. Your typical high school sweetheart dream, right?

Of course, in the end, they decide together that it would be best not to go through with that. Once they get back in town, however, we get a curveball as Taiga suddenly leaves without telling anyone. She leaves Takasu a note explaining the situation, but it is still sudden and leaves you wondering what the heck happened. She leaves to try and mend things with her family, and herself. Though shocked, Takasu understands, way more than their friends do, in fact. We do get a little closure at the end, upon graduation, Takasu spots Taiga in the classroom window, to which he runs up and finds her standing there, where he is finally able to tell her that he loves her. Quite a cute ending. Definitely rushed, but cute.

So that’s the basis of the show, but is it worth it? Yes and no. It’s interesting, but typical. I, for one, would love to see a romantic comedy end in the way it started off, of sorts. Meaning, I really feel that Taiga and Takasu make better friends than lovers. It would of been an awesome show still if they stayed friends, and ended up with their respective crushes. As a bonus it would have been different, which is even more awesome.

I guess I’m the only one that thinks that way. In the end, it’s still a good anime that has many laughs in it and unexpected feels. It was a good one, so I would suggest you go watch it.