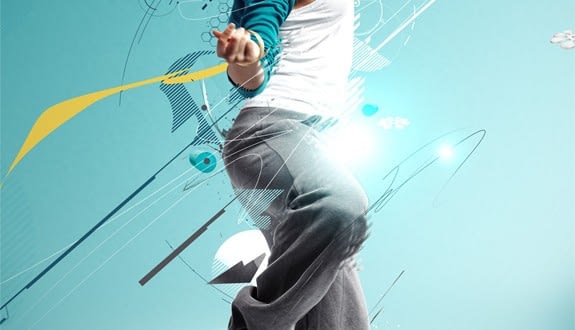 For years now, the world has been impacted by the advent of the computer graphics editing tool Adobe PhotoShop. The effect that photo manipulation with PhotoShop has had on society and culture is undeniable and as the number of resources for PhotoShop learning and training increases, it is likely that this impact will increase as well.

Photo manipulation in photography is most evident in advertising and is used to enhance the look of people, places and objects. Open any magazine and it is likely that every single image within has been retouched or manipulated with PhotoShop. Consider an advertisement for a car; during the actual photo shoot, the photographer relies on a team of professionals to create the perfect scene. Lighting experts, manipulate shadows to accentuate the cars lines and enhance its curves. The entire scene is orchestrated to provide the ultimate perception of the vehicle. But, once the photo shoot is done, and the images are produced, the work is far from over. This is where the computer graphics professionals come in… and their tool of choice is usually Adobe PhotoShop.

Even with their team of professional assistants, it is very difficult to create the perfect image in a single photo shoot. Certainly it can be done, but it takes time, and time to the advertiser equals money. What an entire team can accomplish during a photo shoot in 1-2 days of set-up and trial & error, a single graphic artist can accomplish in under an hour. This of course has not only decreased the costs associated with creating an advertising campaign, but it has also increased efficiency, allowing advertisers to produce more content.

From a business perspective, this has had an indirect result on the number of products available for purchase. Lower advertising costs create more opportunities to offer more products at a cheaper price. All of these inexpensive products have resulted in a change in purchasing mentality for your average consumer and have helped boost the economy during times which might otherwise be less economically vibrant.

Of course there are a myriad of other factors, but it can certainly be argued that Adobe PhotoShop has had an effect, if only indirectly on the economy of the World.

A more direct impact that photo manipulation with PhotoShop has had on society has been with the simplicity in altering the image of the human body. The vast majority of all advertisements featuring people have been altered in some way or another. Using PhotoShop, the ability to remove unsightly handlebars from the waist, or cellulite from the thighs is as simple as a slight rub with the eraser tool or a quick pass with the clone and stamp tool.

The result over time has been a total transformation of what society considers a good body image. While a few magazines buck the trend, most magazine ads portray women as unrealistically perfect. This depiction, when viewed by both men and women can have a drastic effect on how people view themselves when compared to what society evidently considers as the ideal look. Personal anxiety, low self-worth, eating disorders and depression are just some of the end results.

A powerful tool, there is no doubt… photo manipulation with Adobe PhotoShop has had many effects on society, both from an economic perspective and from the perspective of how we view ourselves.